I’m a cancer survivor! It’s a phrase that I have always shied away from using. I didn’t have to endure chemotherapy or lose my hair – but I have had the “Big C”, and no please don’t loo

k at me like that! (That was always the har

dest part – watching someone’s face drop and seeing that look in their eyes).

January 2004 – a Monday morning. I’d had a total thyroidectomy on the Friday prior and I was still waiting for the pathology reports. I lay in my hospital room waiting for the results. Just months earlier after finding what could be described as quite a lump in my throat (it was like an Adam’s apple which on a female is a little odd!) I’d headed to the doctors. I didn’t think at first that much was wrong. Sure, I used to go home and sleep straight after work, and I had put on weight but I put that down to eating too much KFC! Anyway, after two biopsies I was still referred to as “inconclusive”. It was my choice to go under the knife and wear the scar for the rest of my life.

Waiting was the hardest part. As Dr Isabel entered the room that Monday morning I knew that the results had shown it was cancer. Calmly, I took those words in and listened to what treatment was next. I’d have to spend a night or two in the RAH in isolation – after a high dose of radioactive iodine which is how they kill any remaining cells in your body.

I suppose I could say I was lucky knowing that my sister had gone through this at the age of nine, twenty years earlier, and she was fine. Six months after my treatment, my mum had her thyroid removed due to cancer, too. Half of my family can now claim to be cancer survivors! Now ten years on, I’ve seen friends battle the disease, lose their hair and come out the other side to realise their dreams. But, we are the lucky ones. There are many who succumb to cancer, and I’ve experienced the grief of losing them as well.

That’s why when Angie and Henri from Many Faces of Cancer approached me and Hughes PR to help support this year’s charity dinner I couldn’t say no. I saw this event as a great way to remember those who didn’t survive and to help those who will one day be sitting in that hospital room waiting for their diagnosis.

If you want to show your support to this great charity, please donate or buy a ticket for this year’s charity dinner on June 14.

Dear Angie and team at MFOC,

We would like to thank you for all your efforts to ensure our relaxed lunch with Matt Preston and Duncan Welgemoed eventuated.

The lunch was moved indoors to Duncan’s restaurant due to the extreme heat on the day and we were refreshed by a selection of some new release wines from premium Adelaide Hills wine makers.

Our group of friends had a lovely lunch hosted by Duncan Welgemoed, Tess and his team at Bistro Dom. Matt Preston was delightful, charismatic and energetic for the entire lunch and made a special trip to Adelaide just to participate in the lunch.

Congratulations on all the hard work that you and your team do and thank you for allowing us to be a small part of this. 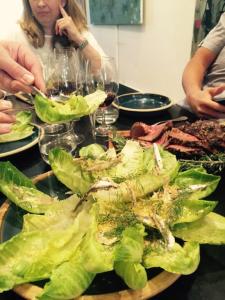 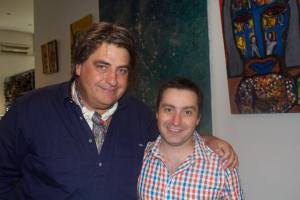 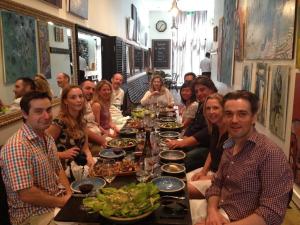 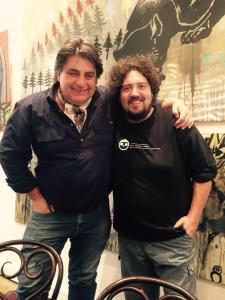 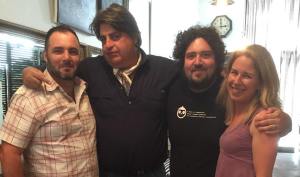 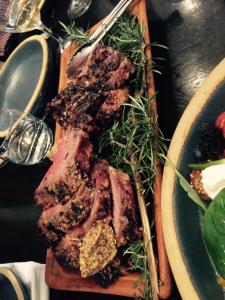 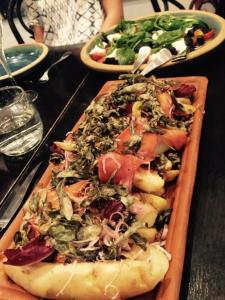 Fantastic night out and experience.  We thoroughly enjoyed meeting Callum.  He was open and engaging in conversation and didn’t give away too many Masterchef secrets.

We were well looked after by Ambrosini’s. The food and wine was sensational. 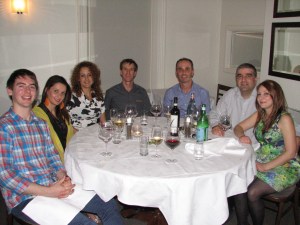 STAR for a day with the S.T.A.R. Group

I spent a day with the Star Force it was a great experience we participated in some of their training exercises and also had a fantastic tour of their sites, we got to see their armored vehicles, robots for bomb detonation tried on the bomb suits. We headed off to the training ground for an action packed day we fired their rifles, and threw flash bangs watched how they trained. The day was fantastic and I would definitely to it again if the opportunity came up again. I came out of it with a lot more respect in what the Star Force do.

The house boat holiday was one of the best family holidays we have experiences, and we as family have travelled, quite bit! We highly recommended, your money goes to a very worthy cause and you get to enjoy one of the most relaxing holiday, on very luxurious house boat, in the most sorrel surroundings. Our family is still raving on about the beautiful break enjoyed on the River Murray

Chef’s Table at the Hilton Adelaide 2012

The absolute epitome of the proverbial ‘feast for the senses’ for myself and my guests. Without doubt one of the very best culinary experiences you could ever have imagined! Amazing local produce, expertly prepared right in from of your eyes in an interactive environment that needs to be experienced to be fully appreciated. Glass of sensational wine after glass of sensational wine, course after course of truly astonishing dishes that left us all in awe of how wonderful food really can be when prepared by the hands of those who have mastered their skills in kitchen all over the globe…and the desserts…to die for! Even picked up a few little tricks to take home, too! Will definitely be fighting for this one again at the next event